The three academics whose interviews form the third series describe anew the challenges of analysing modern social and economic reality and in developing purposeful policy interventions.

The interviews are intended to be seen in the following order: III.I Professor K. Vela Velupillai, III.II Professor Anwar Shaikh, and III.III Professor Jayati Ghosh. In this series the interviews intend to bring together perspectives from methodological and ontological questions to theory and practice. Professor Velupillai’s interview discusses the depth and limits of economic theorising. His pioneering work on the nature of abstract reasoning and especially in algorithmic economics revisits the very questions of the fit of tools with reality that also occupied the interviews of Tony Lawson and Sheila Dow. Professor Shaikh's interview questions the fit of modern mainstream economics to the social reality noting that the theoretical description of a process can become so convoluted that it bears little relation to the real process itself. His in-depth study in the nature of capitalism develops a whole theoretical edifice for its analysis. Professor Ghosh considers the policy implications of theoretical structures. Her significant work in development policy, gender and its relation to growth bring centre stage policy questions that have been blind spots of economic theory. All three interviews revisit the question of pluralism and the importance of being skeptical of unidimensional perspectives. The free mind is one that is willing to challenge not only the bias that others impose upon it, but also, to attempt to challenge its own. 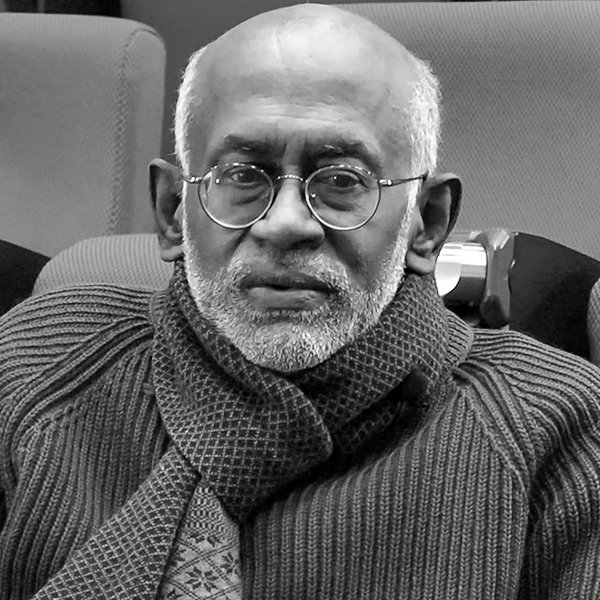 Emeritus Professor, formerly at the University of Trento & New School for Social Research 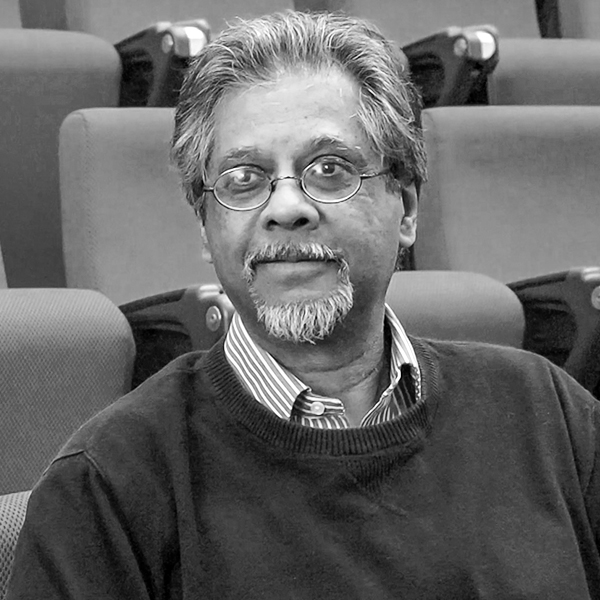 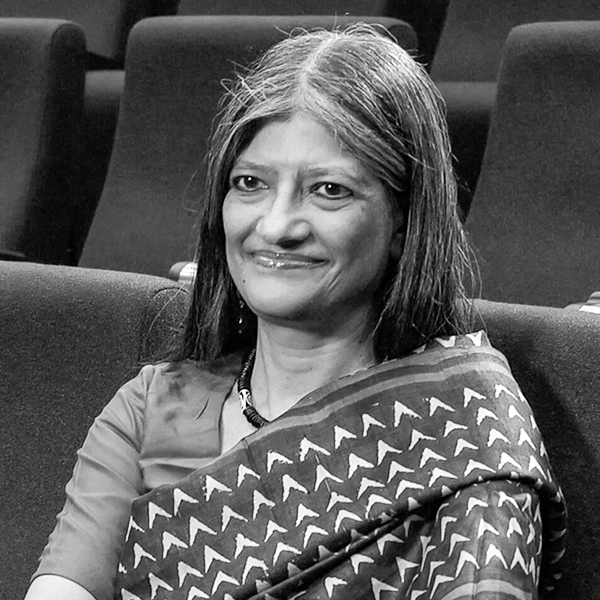 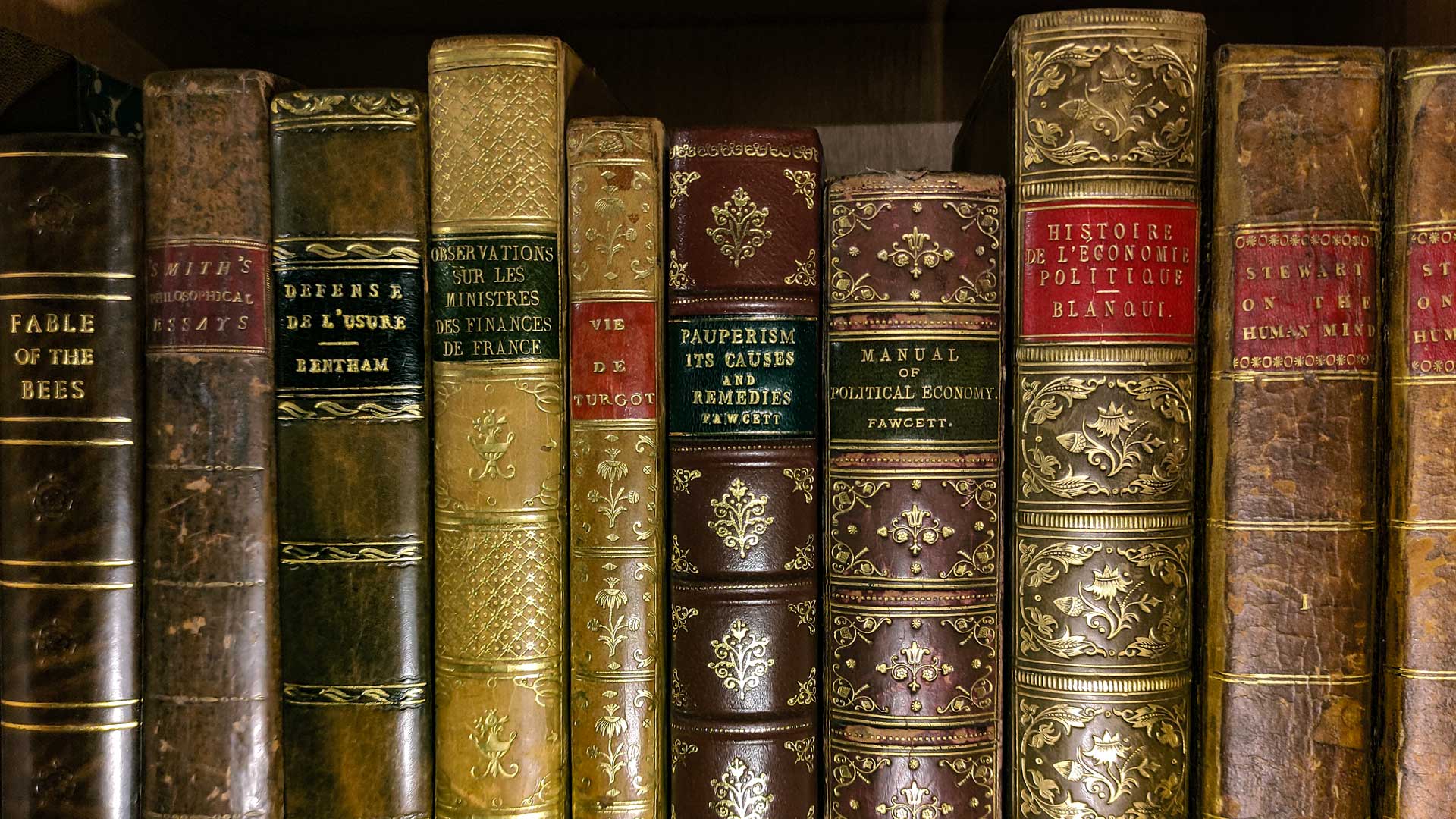 ﻿
The third edition of the interview series revolves around the theme of “Reimagining Economics”. It features interviews with Anwar Shaikh, Jayati Ghosh and Kumaraswamy Vela Velupillai. This series outlines ways to reimagine the discipline, and builds on the previous two editions. There are several features that stand out. First, all three interviewees engage with various aspects of economics - theory, method, policy - critically in their deliberations, but at the same time offer constructive alternatives to move forward. Second, they underscore the need for developing appropriate conceptual categories, methods; critically engaging with assumptions; sustaining commitment to pluralism and continuing dialogues with past theories. Third, it is interesting to note that all three of them started with different disciplines before embarking their life long journey in economics and thereby bringing a refreshing interdisciplinary scholarship and approach to the subject. Finally, they all hail from the global south - from South Asia, to be more precise - and have studied or worked in the Western world, thus bringing another dimension of diversity and richness in their views.

The interviewees acknowledge the uneven, dynamic and unstable nature of capitalism, which partly forms the basis for their reimagination of economics. Shaikh sees capitalistic development as a dynamic process, whose common driving force is profitability, which is distinct from its exterior manifestations. Shaikh points out that economic theory has viewed this dynamic process in an idealised form, which has obscured the essential aspects necessary to understand its evolution. Ghosh also draws attention to the uneven nature of capitalistic development and the narrow focus placed by economics on absolute expansion of incomes to understand it. Using the Indian example, Ghosh highlights how economic growth has not always translated into development for large sections of the population. Velupillai places emphasis on the non-maximum nature of the allocation processes within a capitalistic economy and views economic dynamics as a vehicle to understand it. In other words, he does not view study of economic dynamics as one that should necessarily be tied down to the notion of optimality.

The interviews provide novel avenues for theorising about the economy. Shaikh calls for reimagining our metaphors and viewing the economic system as one in which order and disorder are intimately fused together, and yet capable of producing stable, path-dependent patterns over time. For him, the deep forces that operate in the system needs to be distinguished from other forces that influence the dynamics and make it path-dependent.  For Ghosh, it is important to see development not exclusively in terms of expansion of capital-intensive sector alone, instead recognising and understanding the complex, symbiotic relationship between formal and informal sectors in our theories. She calls for re-imagining policy making by moving away from a technocratic view of economics to a political economy view. This means explicitly recognising that political and moral considerations are inalienable to any act of policy making. She also makes a key distinction between distributional and relational inequalities. The latter has not received the attention that it deserves in economics so far. Velupillai proposes viewing growth and development as part of the cyclical nature of capitalism and not the other way around -i.e., wherein cycles are seen as the form that economic growth takes. This subtle shift in emphasis provides a lot of scope for reimagining cyclical nature of economic activity, instead of it being a mere deviation from some trend growth. More importantly, he highlights how economic dynamics -which broadly covers growth, cycles, development and the pathologies that accompany them such as unemployment, inflation, poverty - is currently understood in a very narrow sense, employing a limited kind of mathematics.

The interviews also document some of the concerns about theoretical and methodological trends– some recent, others more persisting – within economics. Ghosh outline show  development theories have become unimaginative and impoverished over time by a continual narrowing of the focus. Shaikh urges us to move away from established dichotomies and binary views such as perfect and imperfect competition. He sees this view of there being an ideal and the departure from it as being quite problematic. Shaikh points out how a progressive expansion of a certain orthodox- neoclassical- view of economics has managed to be standardised across the world in the last few decades. He points out how standardisation has ensued through textbooks that have moved further away from the reality into a representation which is for the sake of internal consistency over the years. In his view, alternative approaches have suffered partly because they still found themselves tethered to the same concepts with marginal deviations. Velupillai focuses on the state of mathematical economics and laments the neglect of algorithmic approaches in economic theorising.  In particular, he draws attention to the role of Bourbakian mathematics, axiomatics and theorists resorting to the `existence-uniqueness method’ of theorising. This, he argues, has partly resulted in non-constructive approach that has no algorithmic content. This has serious epistemic consequences for him because economic entities and equilibria are proved to exist with no method to compute them on offer. According to him, this is not a fault of economic theories per se, rather a result of uncritical mimicking of classical mathematics by economic theorists.

The discussion about the role of methods and tools run through all interviews, which they agree should be subservient to the theories. Ghosh, for instance, warns us against uncritically embracing methodologies like Randomised Control Trials in development discourse as the gold standard, without paying necessary attention to broader processes, contextual factors, ethical concerns etc. The need to acknowledge the appropriateness and limits of mathematics is clear message in the conversation with Velupillai, but it is also a view shared by the others. Shaikh says that `Mathematics in my opinion is not the explanation for neoclassical economics, it is the Latin of the church'. They agree that mathematics, however, can be useful. Velupillai makes an important observation about applying existing mathematics uncritically, instead wants economics to develop its own tools depending on the problems. The use of algorithmic and constructive mathematics, suitably adapted, offers a promising path in his view.

Another theme discussed is the role and efficacy of the state within the economic system.Ghosh rejects the usual framing of this as a binary choice between the state or market and draws attention to the fact that state has always played an important role in the development of capitalism. The question, in her view, needs to be focused on the form that it takes and how to make it responsive, accountable and democratic. For Shaikh, the interconnections between different aspects of the economy and resulting inevitable consequences on the system places limits to what state can do. He sees natural limits to state intervention in the economy, which has to do with the internal logic of the system. To understand the internal logic, it is critical to understand the role of profit – the dominant factor in determining capitalistic dynamics in his view.

Each of them offers a range of fertile suggestions for reimagining economics and offer hopeful avenues for further research. Shaikh constructs a full-fledged theoretical system in which he offers a bold, nuanced view of capitalism. For example, he takes up one of the cornerstone concepts – competition – and imagines a theory that is based on what he calls “real competition” (as opposed to perfect or imperfect), which he compares to warfare than to a ballet.Overall, Shaikh’s approach is to move away from idealisations to well-founded abstractions.

Ghosh reimagines economics wherein relational inequalities are given adequate attention; political, ethical and moral questions occupy a central place. In particular, the way in which social constructions in terms of gender impact economy at large and the gendered nature of several macroeconomic phenomena are crucial in this reimagination. Ghosh perceives periods of global instability periods which also provide space for alternative and more imaginative policy choices. Ghosh rejects a characterisation in terms of a binary choice between growth or the environment. Instead, she views this as a political choice that involves being less profit-oriented and more public oriented as a system.

In Velupillai’s reimagination, problem-solving (rather than maximising) occupies the centre stage in economics. He views economic actors (and economists) as problem-solvers, who search for methods to solve their problems. Economics, therefore, ought to investigate the nature and the limits associated with these methods to solve a wide range of problems. This focus on the actual processes/methods associated with problem-solving human beings, in turn, calls for an algorithmic approach in his view. In this approach, intuition plays an important role and there is a recognition that intuition is itself history dependent. Velupillai reminds us that the problem-solvers are not to be strait jacketed to rationality, equilibrium and optimisation as in neoclassical economics. This involves addressing only a narrow range of problems. He calls for expanding our imagination of problems and methods to a much wider set.

Pluralism in terms of ideas, methods and world-views emerges as another important theme.This is integral to becoming a good economist for the interviewees.  They are also unanimous in urging students to develop a strong engagement with the history of economic thought. They worry about the scant attention paid to history of economic thought in teaching in many universities. Shaikh's own work draws extensively from the classical economists and Marx to econophysicists. Teaching economics to students merely to pass on received wisdom through a monist approach is both patronising and oppressive in Ghosh’s view. She provocatively likens it to providing processed food to babies. Velupillai draws on his vast scholarship in the foundations of mathematics and on different varieties of mathematics to remind us that there is no right kind of mathematics. Velupillai instead argues for adopting scepticism as a general approach, which for him is the mother of pluralism. My final reflection concerns how personal journeys influence the views and approaches that scholars develop towards their subject. The interviews attest how the lived experiences, especially during the early years, seem to have influenced these scholars in developing a refreshing, unique, imaginative and humane take on  economics.